Why Hire a Concrete Pumping Service for Your Home Renovation Project

When you have a home renovation project that involves fresh concrete, you want to avoid the temptation of mixing and spreading the concrete yourself, even if it's for a small walkway or patio area. Hiring a concrete mixing and pumping service is the better choice and will help ensure the success of your project and longevity of that concrete itself. Note why that is and why a homeowner should always use a concrete mixing and pumping service for any such project.

To keep concrete at the right consistency for mixing and pouring, water is usually added to the mix as the installation project proceeds. This can make the concrete softer and more prone to breakage over time.

However, a concrete pumping service can keep the concrete moving and so that it doesn't require so much water and won't be weakened during the mixing and installing process. This will mean stronger concrete that will hold up under vehicle traffic and won't be as likely to chip, crack, break, and show spalling along its surface.

Faster pouring of concrete has many benefits; one is that the concrete is less likely to dry out while it's being poured and spread. This is very important, as it's easy to waste concrete that has dried in a mixer or wheelbarrow simply because it wasn't poured and spread fast enough.

Another benefit is that you can obviously cover a larger area in less time with a concrete pumping service. If you're installing a very wide or long driveway, a new garage floor, a new basement floor, or any outside patio space, don't underestimate the amount of time it takes to manually pour the amount of concrete needed. These types of projects can easily take many more hours than you expected and become physically exhausting in the process.

If you've ever seen globs of concrete around a new driveway or stuck to walls in a basement, this is because concrete is often very difficult to control when it's being installed; the heavy, wet material tends to settle and drip even away from its forms, and then stick to nearby walls or wind up in lawns and landscaping features. Using a concrete pumping service can reduce and even eliminate these risks, as it's much easier to direct the pump to the area to be poured and control the speed of the pouring. Not only does this result in a cleaner job, but it also means less wasted concrete as well. 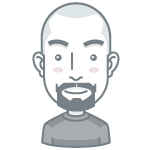 Hello, my name is Danny and last year I had some serious problems with my concrete driveway. One morning, I noticed that some small cracks had appeared around the edge of each concrete tile. I didn't think this was a major problem but over the next couple of months, the cracks got larger until some of the tiles started to completely disintergrate. My friend Toby who works as a contractor came over and took a look. He gave me some excellent advice which allowed me to quickly get my driveway back in peak condition. I hope you enjoy my blog.

Read in about 2 Minutes